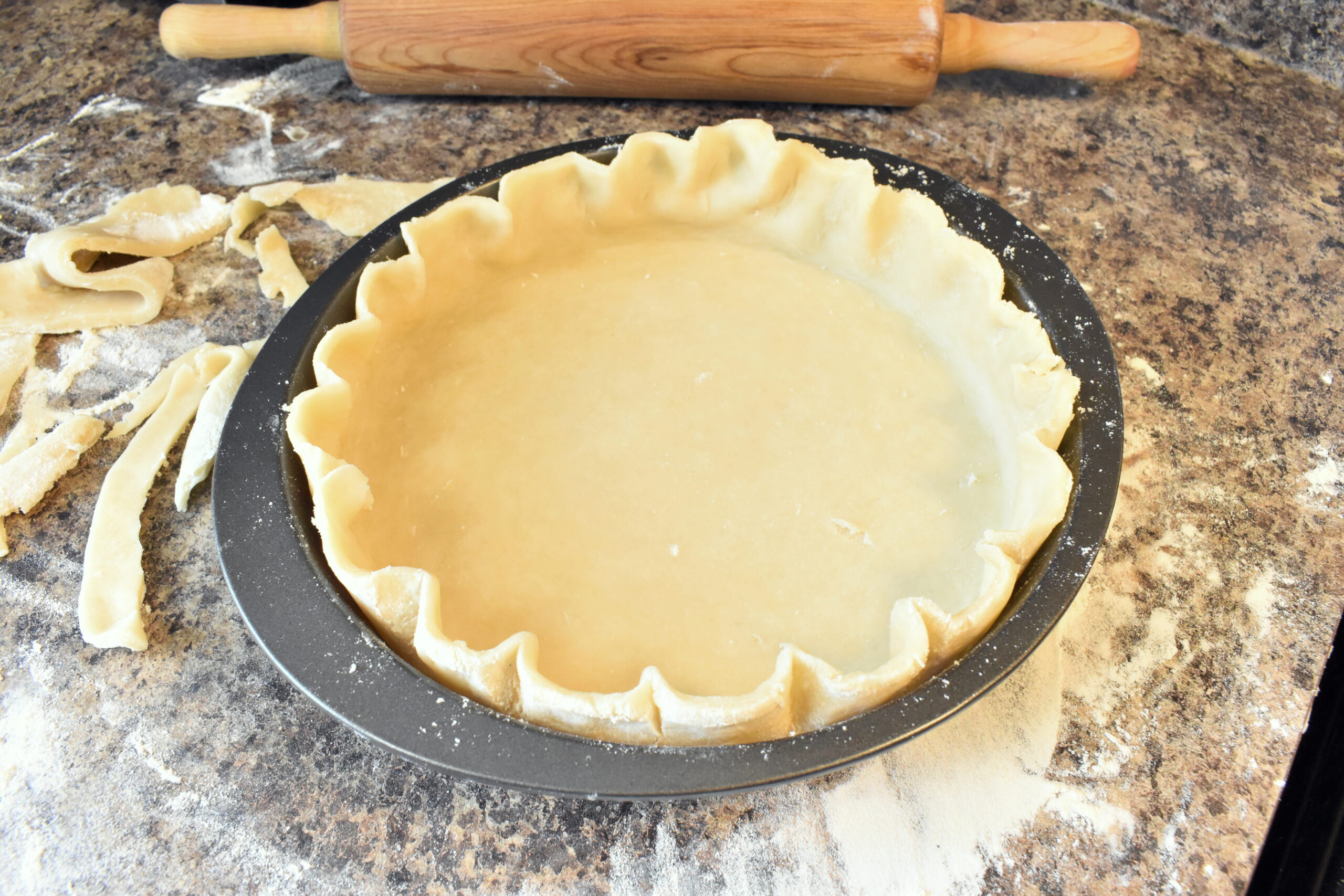 This recipe for vegan pie crust makes enough dough for two pies, complete with enough dough for the top crust. If you just need the bottom shell for a filled pie like pumpkin pie or lemon meringue, then you could probably even squeeze three pie shells out of this recipe. It is easily halved if you only need one pie as well, but to make life easier, you could simply make the dough as per the recipe, and freeze any remaining dough in an airtight container. 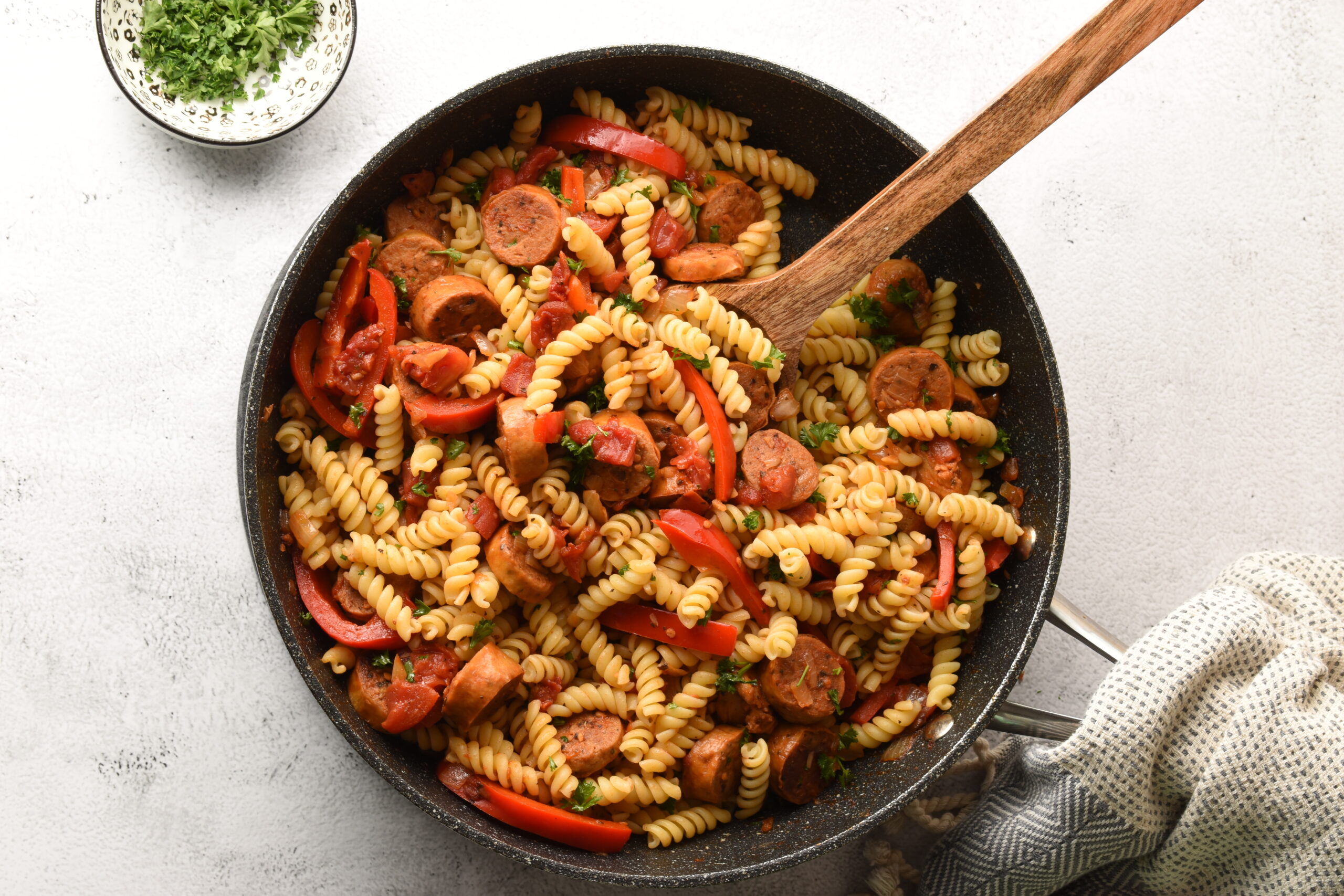 How to make vegan pie crust:

In a bowl, mix together the flour, sugar, and salt. Then use a fork or pastry cutter to cut the vegetable shortening into the dry ingredients. Break the shortening into pieces just smaller than the size of a pea.

Slowly add the cold water, and then knead it until the dough is smooth.

Break the dough into three pieces, and cut one of those pieces in half – this will give you a total of four pieces (two small ones for the pie crust top, and two large ones for the pie shell).

Roll the dough into a large circle and press it into a pie dish – then bake at 350F for 15 minutes, or fill it with your pie filling and top with pie crust dough before baking according to the pie recipe you are using.