Food Advertisements by
Skip to content
Who doesn’t love pancakes for breakfast? Actually, if we’re being honest, I hated pancakes for the longest time – one bad undercooked pancake experience ruined them for me for years. I’m over that now though, and have just recently rediscovered my love for pancakes. 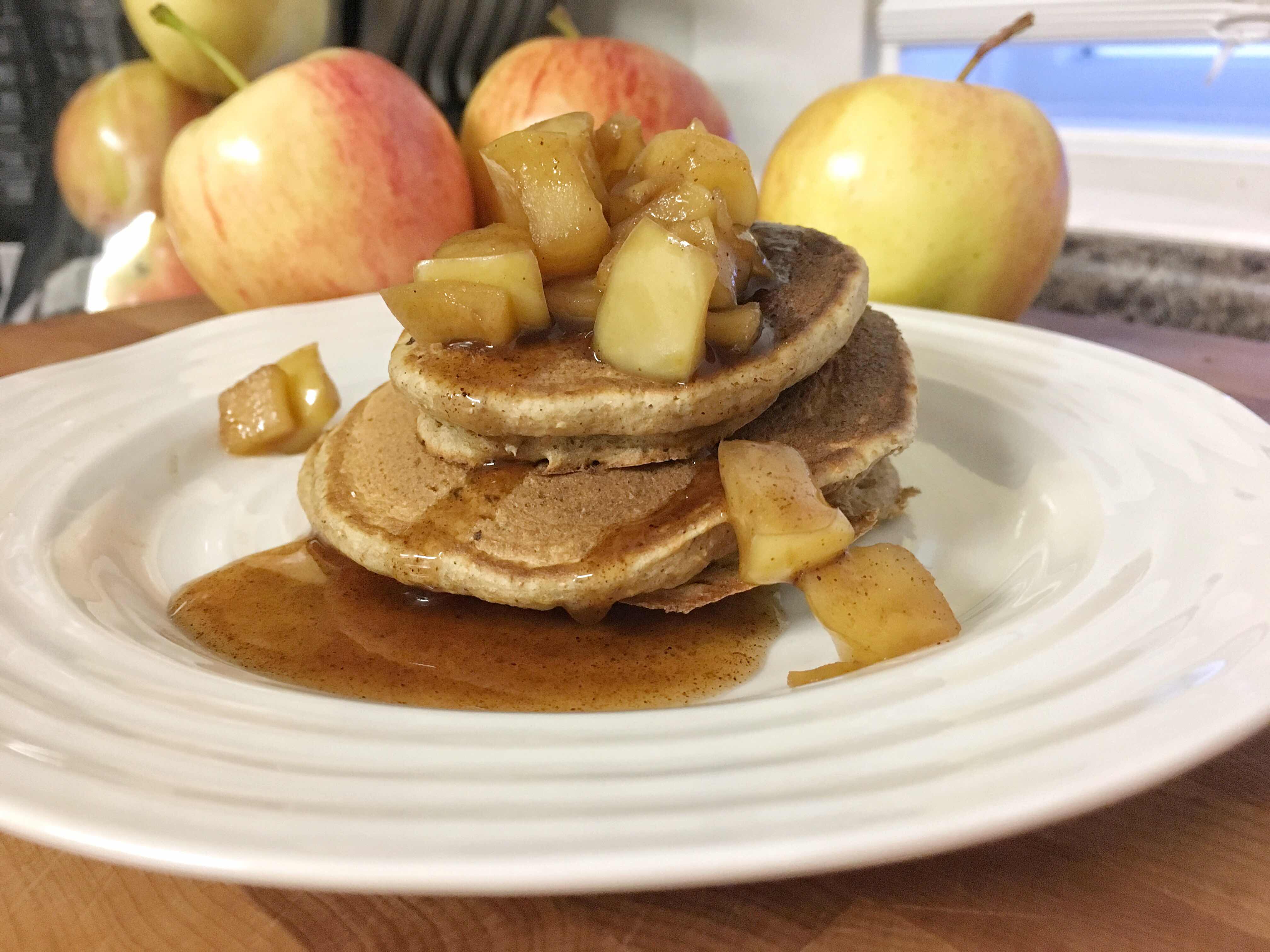 My youngest daughter woke up ghastly early this morning, but with the time change she was actually right on time for her new schedule, so I figured I would make the best of a 6:00 Sunday morning, and make a special breakfast for everybody. I turned on the coffee pot, and – with my little helper by my side – started making a batch of Apple Cinnamon Pancakes.
While I was frying my first set of pancakes in the pan, I thought some Cinnamon Apple Compote would be perfect with these, so I let that simmer on the stovetop  while I cooked the rest of the pancakes.
These vegan pancakes are fluffy, and so delicious. I had to sneak a couple to snack on while I cooked this morning. They are so tasty, and the consistency makes the perfect pancake batter – you would never even know they were plant-based pancakes!
Here is my recipe for Vegan Apple Cinnamon Pancakes: 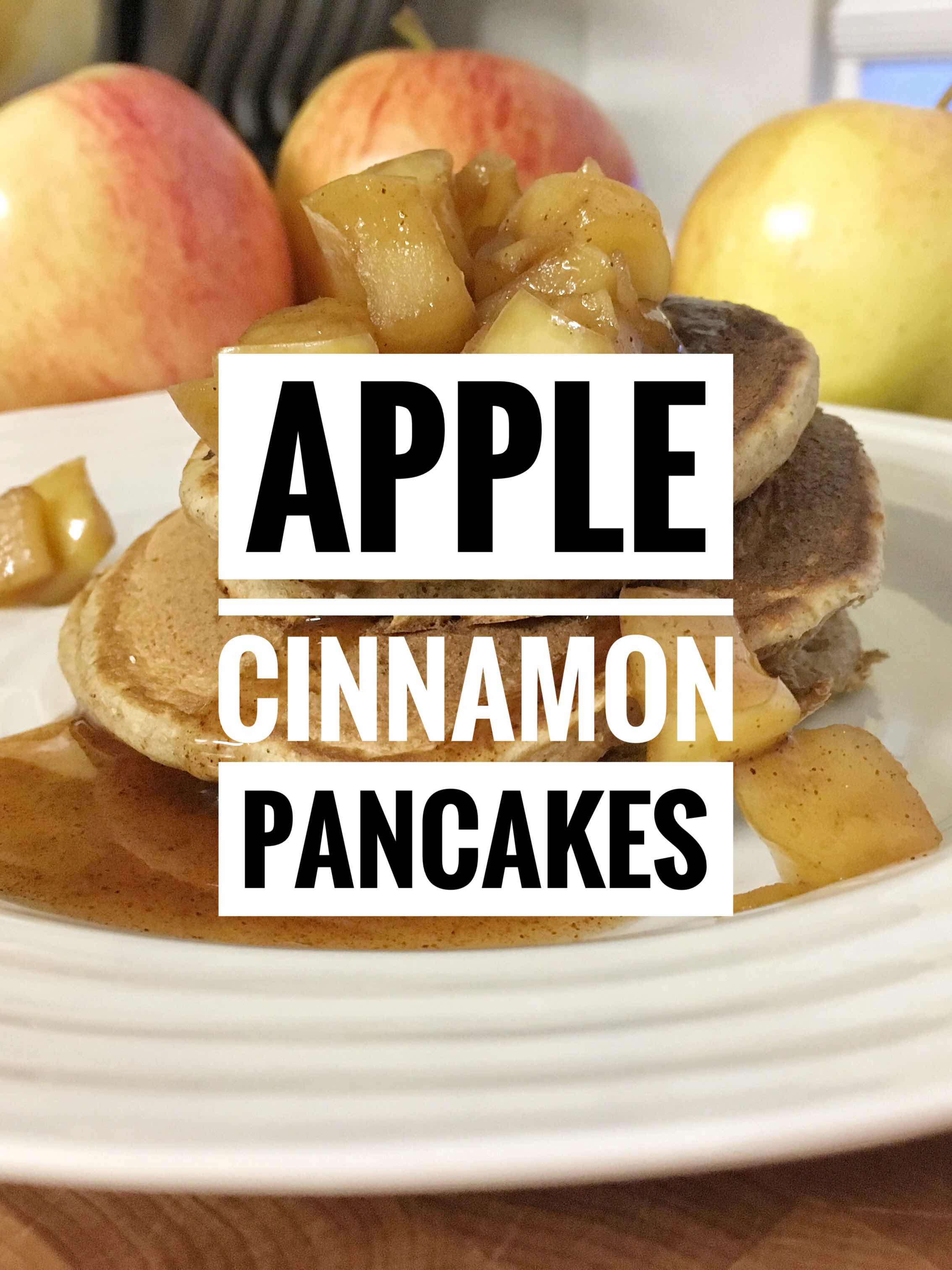 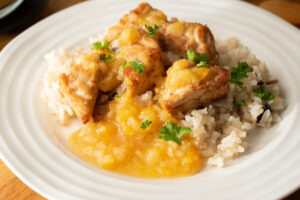 Ingredients:
2 Cups Whole Wheat Flour
1 1/2 tsp Baking Soda
1 tsp Cinnamon
1/2 Cup Apple Sauce
2 Cups Nut Milk
2 Tbsp Maple Syrup
1 Tbsp Apple Cider Vinegar
Method:
In a large bowl, mix together the flour, baking soda, and cinnamon.
Add the nut milk, maple syrup, apple sauce and apple cider vinegar, and mix until there are no dry lumps.
Let batter sit for 5 minutes.
Heat a non-stick skillet on the stove over medium heat.
Using a ladle, drop a scoop of batter onto the pan and let cook for 3 – 5 minutes, until you start to see little bubbles.
Flip the pancake, and cook for another 3 minutes, until golden brown.
Serve with your favourite pancake toppings, like this Apple Cinnamon Compote  and enjoy! 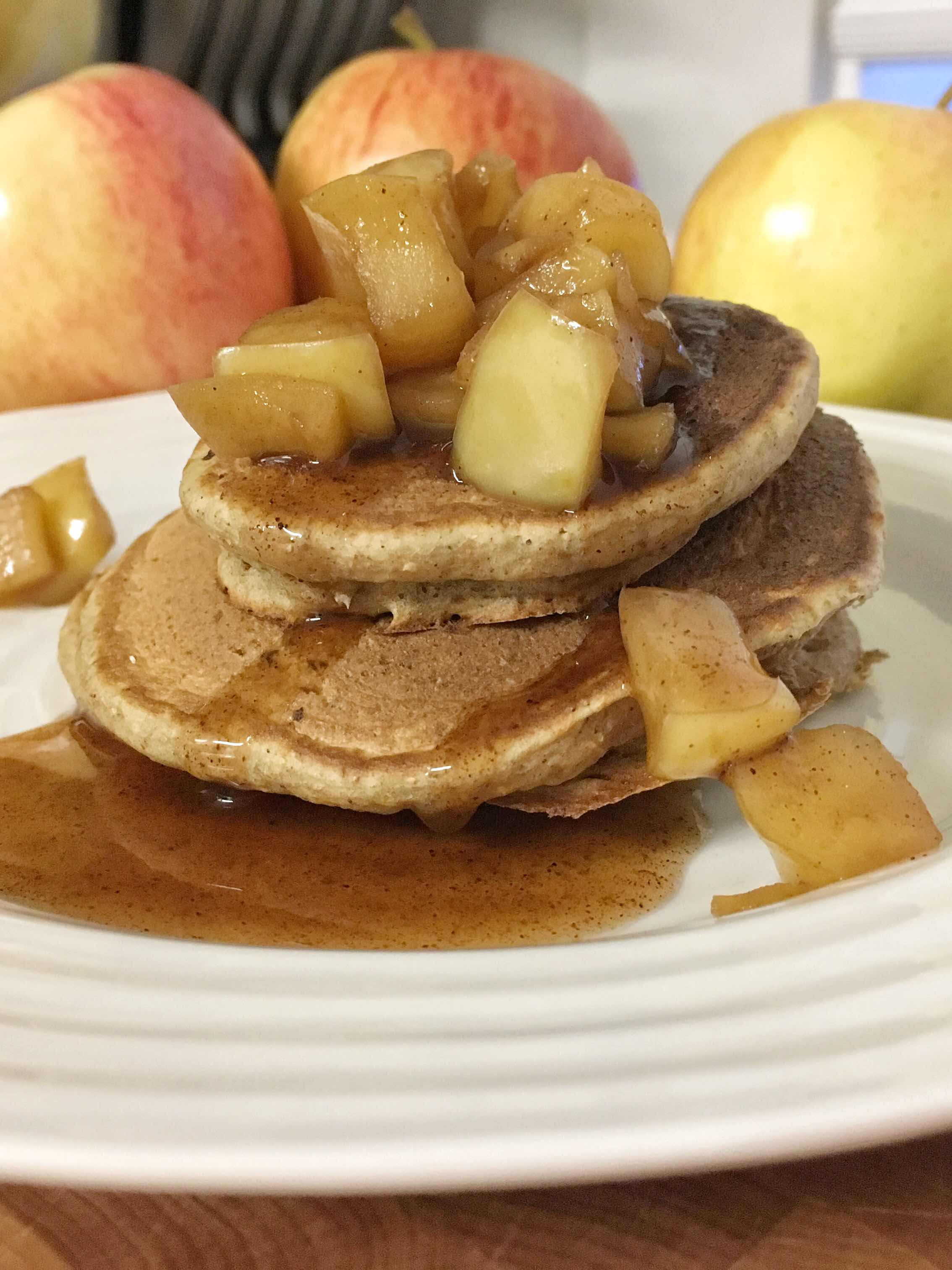