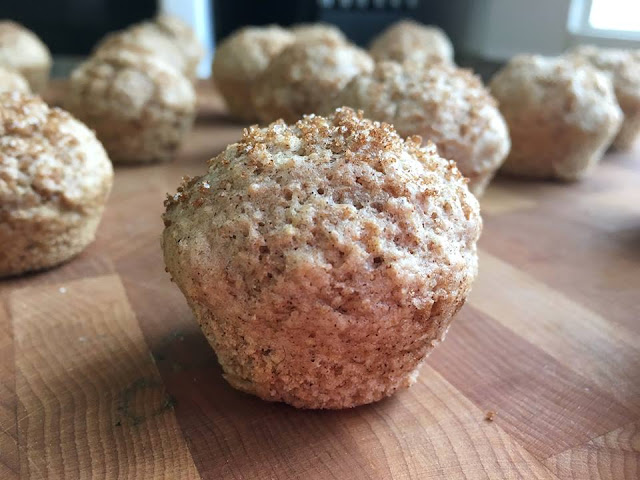 Do you dream about cinnamon sugar donuts? They are sugary, delicious and so not healthy. Up here in Canada, we call donut holes “Timbits”, which happens to be the name of one of our dogs – he looks a bit like a sour cream glazed donut hole – so you can imagine how much I love donuts. 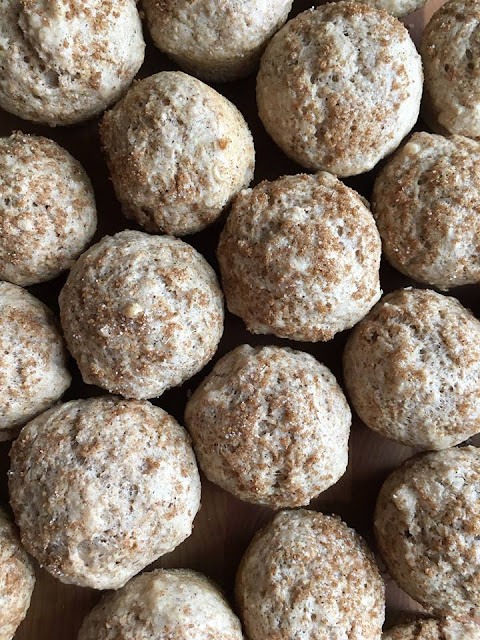 That all being said, I can’t remember the last time I actually ate a traditional Timbit, however I do know how much I love cinnamon sugar on well, anything! As a child, I used to love making ‘cake’ by buttering a piece of bread and sprinkling it with cinnamon sugar. I believe the last time I did that was for a pretend birthday celebration I held in honor of one of my stuffed animals. Now that I am older and know how to use an oven, I can make delicious cinnamon-y concoctions like these Cinnamon Sugar Muffins… Which I assure you, are much better than eating cinnamon on bread.
Here is my recipe for Vegan Cinnamon Sugar Muffins: 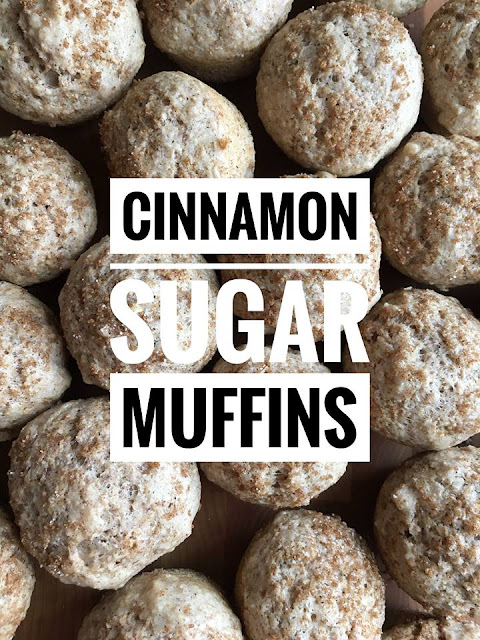 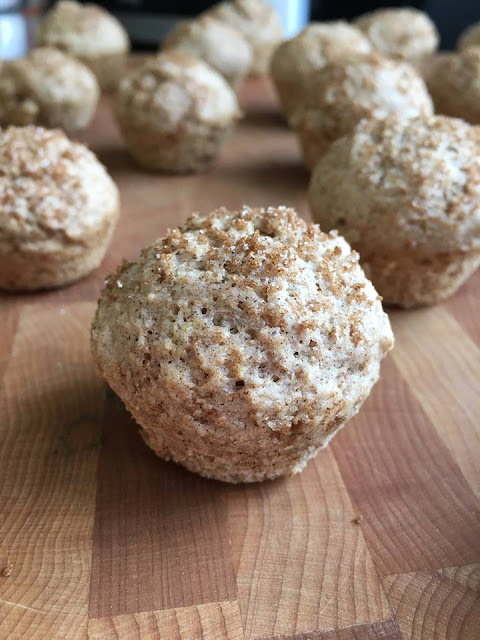