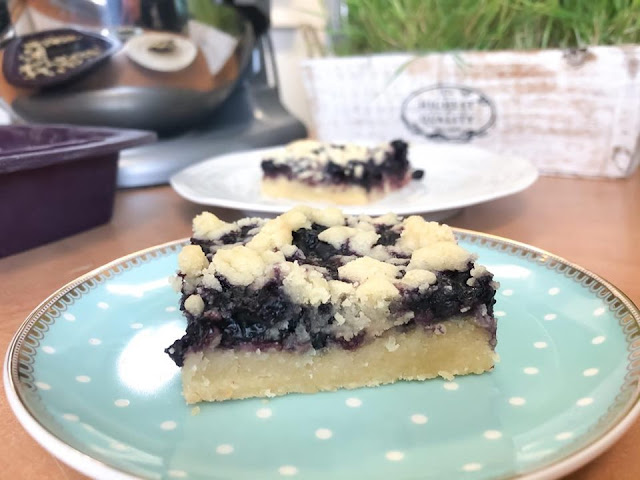 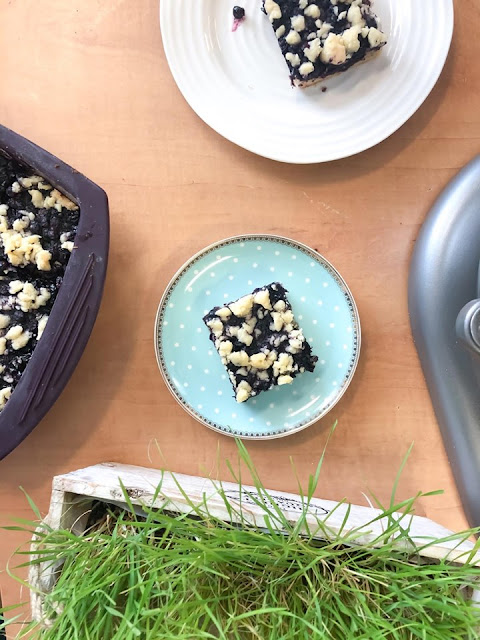 I came up with this recipe after going through my freezer taking inventory of the frozen fruit and vegetables that we have. I had purchased these frozen blueberries a couple weeks ago, because my kids had been eating them by the handful, and I thought I should pick up some more since they like them so much. So, naturally – as preschoolers tend to do – once the new package of frozen blueberries arrived, the kids changed their minds and decided they are now disgusted by blueberries. Which of course is fine, it just means more Blueberry Shortbread Squares for me! 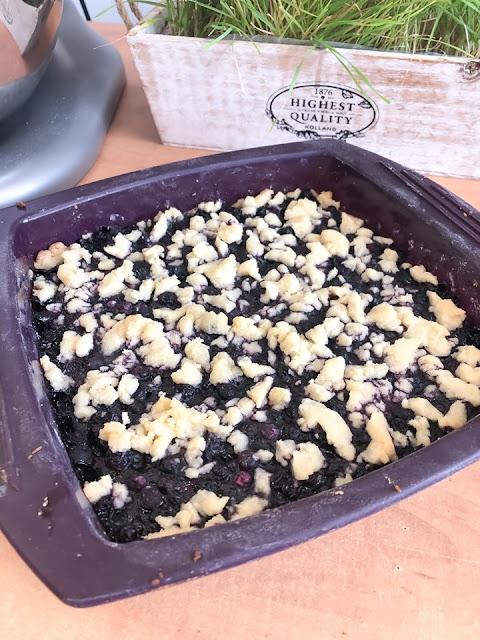 The Home Baked Vegan’s recipe for Blueberry Shortbread Squares is:

Here is the recipe for The Home Baked Vegan’s Blueberry Shortbread Squares: 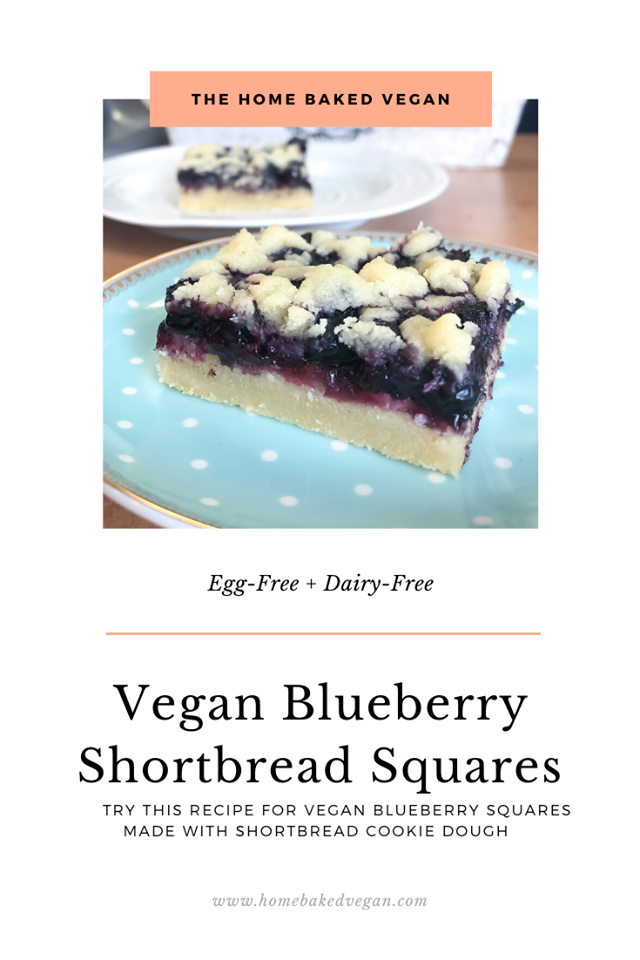 Ingredients:
3/4 Cup Vegan Butter
1/2 Cup White Sugar
1 1/2 Cup All Purpose Flour
2 1/2 Cups Blueberries, fresh or frozen
2 Tbsp Brown Sugar
3 Tbsp Corn Starch
Method:
Preheat oven to 350’F
Using a stand mixer, cream together the vegan butter and white sugar.
Add the flour, and mix until a smooth uniform dough is formed.
Remove approximately 1/4 to 1/3 Cup of dough, set it aside.
Press the remaining dough into a 8″ square baking pan.
In a separate bowl, stir together the blueberries, brown sugar, and corn starch.
Pour the blueberry mixture into the pan over the dough, in an even layer.
With the remaining dough, use your fingers to break it apart into large crumbs, and sprinkle it over the top of the blueberries.
Bake for 45 – 50 minutes. The blueberries should be bubbling at the sides of the pan.
Let cool, then slice into squares.
Enjoy! 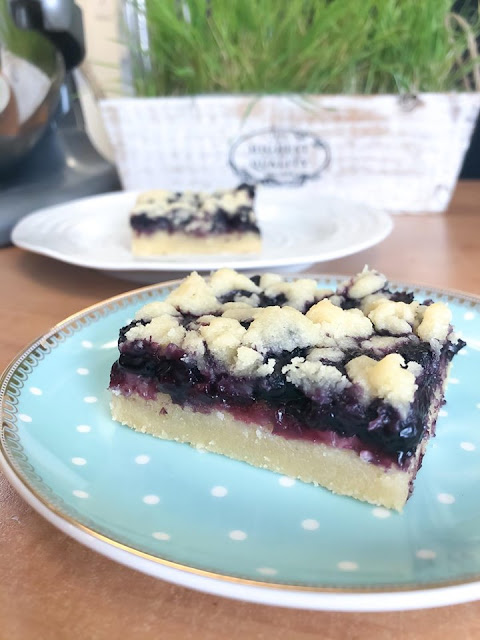 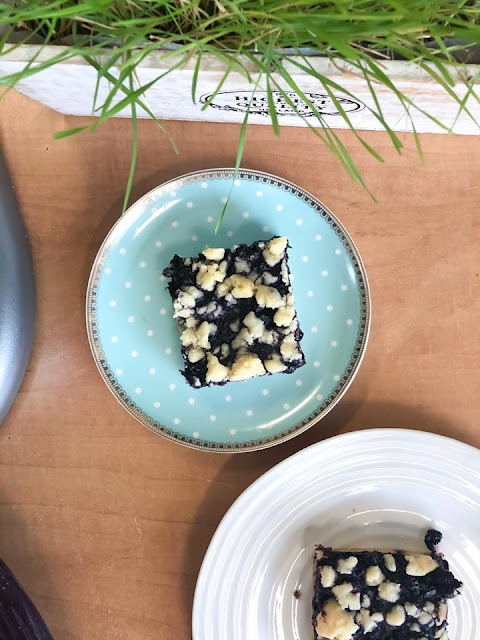