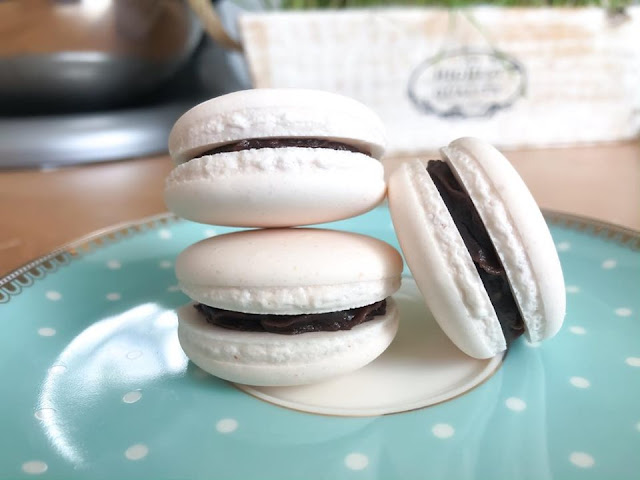 Vegan Macarons may sound like an oxymoron or an impossibility, given that traditional macarons are made with egg-whites, sugar and almond flour, and then most often filled with dairy-based buttercream or ganache. Vegan Macarons on the other hand, are made with aquafaba – the liquid from canned chickpeas – and I promise you can’t tell the difference in flavor. I will be totally honest, when I first heard about using aquafaba in place of egg-whites, I was skeptical, and nervous that my meringue was going to taste like falafel, but I was pleasantly surprised; and now I cannot stop baking with aquafaba – it’s like a magical ingredient for vegan baking!
If you are subscribed to this blog already, you may have noticed that I have been baking vegan macarons for a while now. If you are looking for vegan macarons made without almonds, try these Nut Free Vegan Macarons. The Lemon Macarons are one of my favorites that I have baked many times over, however while I was making my last batch of these lemon macarons, it occurred to me that I would love to have a smaller batch recipe so I don’t need to make a few dozen macarons at a time. Today, I decided to shrink my recipe, and bake a half batch of macarons. Though, I did not exactly half the ingredients, I actually ended up using completely different measurements while I experimented to get the right consistency today, and the end result worked out just as well as my previous go-to macaron recipe.

This recipe for Vegan Almond Macarons with Chocolate Date Filling, is:

Here is the recipe for The Home Baked Vegan’s Almond Macarons with Chocolate Date Filling: 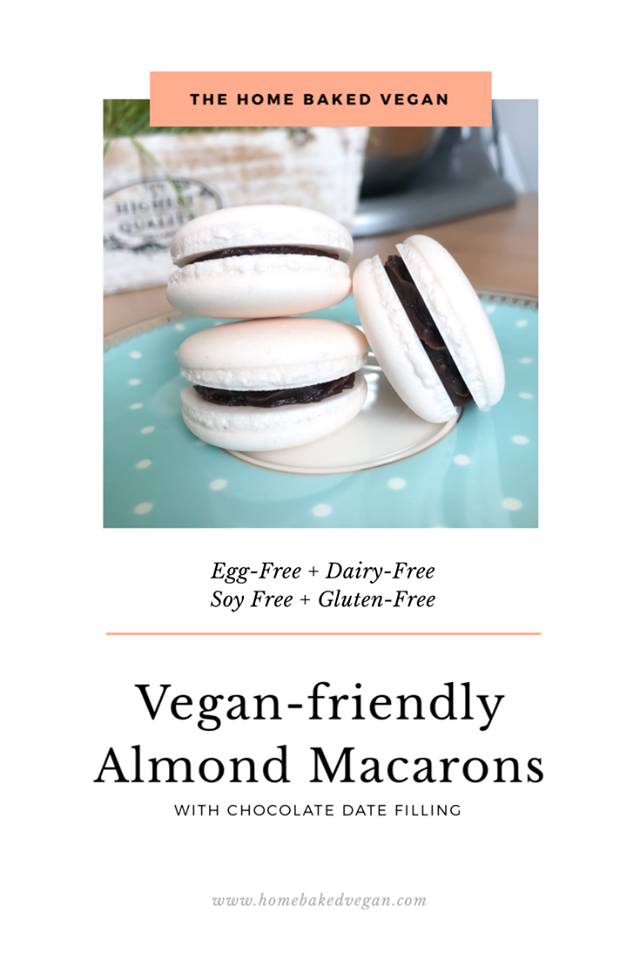 Ingredients:
Macaron Shells:
1/2 Cup Aquafaba (liquid from canned/cooked chickpeas)
1/4 tsp Cream of Tartar
1 Cup Sugar
3/4 Cup Almond Flour, finely ground
3/4 Cup Icing Sugar
1/2 tsp Vanilla
1 tsp Almond Extract
Chocolate Date Filling:
1 1/2 Cups Dates, pits removed
1 1/2 Tbsp Coconut Oil, melted
1 1/2 Tbsp Cocoa Powder
Method:
Prepare the Macaron Shells:
Preheat the oven to 235’F
Sift together the almond flour & icing sugar. Set aside.
In a stand mixer with a whisk attachment, whip the aquafaba on high.
Add the cream of tartar when the aquafaba starts to get frothy.
Once the aquafaba reaches soft peaks, add the vanilla extract and almond extract.
When the meringue reaches stiff peaks, continue whisking on high, and slowly add the sugar, one teaspoon at a time, until stiff glossy peaks form and all the sugar is incorporated.
Remove the bowl from the stand mixer, and sift the almond flour/icing sugar onto the meringue.
Using a rubber spatula, fold the ingredients together until combined and the batter resembles the consistency of pancake batter (the batter should flow off the spatula in a consistency that looks like ribbons when it’s lifted away from the bowl).
Using a piping bag, pipe the batter into 1″ – 1 1/2” circles, equally spaced out on a silicone lined baking sheet.
Let the baking sheet sit at room temperature for 5-10 minutes, and pop any visible air bubbles with a toothpick.
Bake at 235’ for 30 minutes. Once the macarons are done baking, turn off the oven and leave the macaron shells in the oven with the oven door closed for 20 minutes.
Remove the shells from the oven after 20 minutes, and let cool at room temperature.
Prepare the Chocolate Date Filling:
Soak the dates in boiling hot water for 10-15 minutes or until soft. Drain.
Using either a small blender or an immersion blender, puree together the dates, coconut oil, and cocoa powder, until smooth.
Use a piping bag to pipe the date filling onto half of the macaron shells, then sandwich them together with the remaining shells.
Store in an airtight container in the refrigerator. Enjoy! 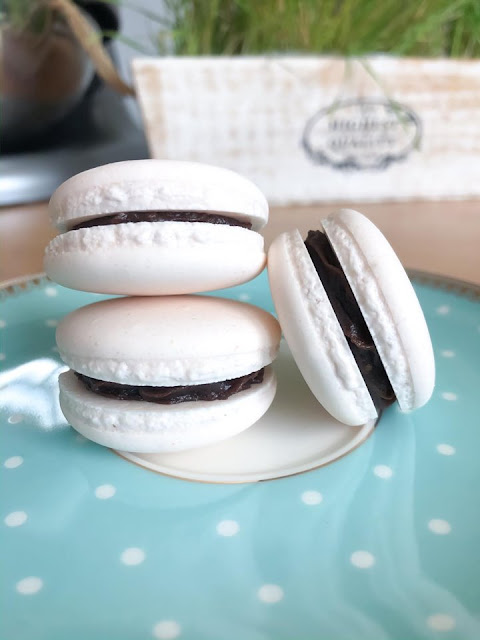