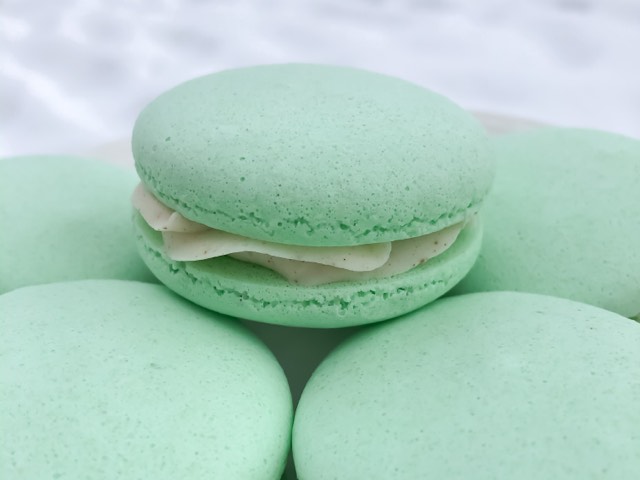 Macarons are delicate, dessert treats made with a sweet meringue cookie shell, filled with sweet filling like buttercream icing. Traditionally made with egg-whites, these vegan macarons are made with egg-free aquafaba meringue cookies, and filled with dairy-free buttercream. Meringues can be quite finicky and if you over whip them, or under whip them, or don’t treat them just right, they can do all sorts of crazy things once they get in the oven, but when you get these macarons just right, they are perfect sweet treats that everybody will love, and they really do look so pretty. 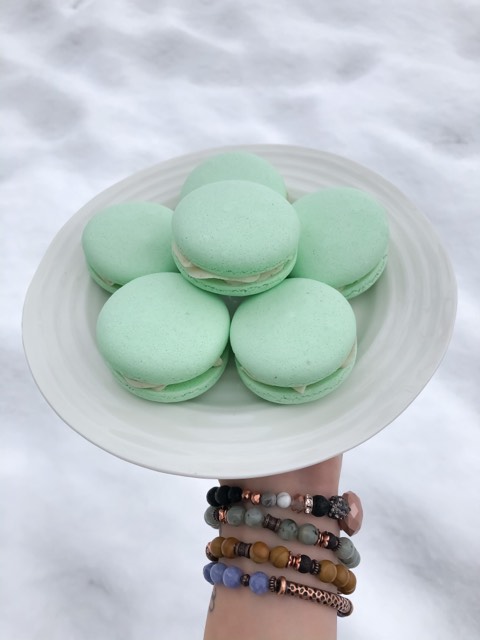 These Vegan Macarons are made with a Cinnamon Spice Buttercream-style Frosting, inspired by egg-nog flavors, making them perfect for the holidays (or any other season that suits you), however this recipe for egg-free macaron shells can be used with any filling you choose.

Here is The Home Baked Vegan’s recipe for Vegan Macarons: 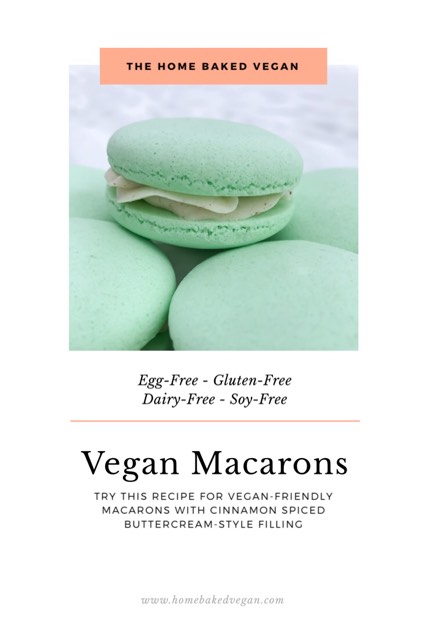 Ingredients:
Meringue Cookies:
3/4 Cup Aquafaba
1/4 tsp Cream of Tartar
1 3/4 Cups Sugar
1 tsp Vanilla Extract
1 tsp Almond Extract
1 Cup Almond Flour, finely ground
3/4 Cup Icing Sugar
Optional: Gel Food Coloring
Cinnamon Spice Buttercream:
1/2 Cup Miyokos Vegan Butter
2 Cups Icing Sugar
1 Tbsp Cashew Milk
1 tsp Vanilla
1/2 tsp Cinnamon
1/2 tsp Nutmeg
Method:
Preheat the oven to 235′
Sift together the almond flour & icing sugar. Set aside.
In a stand mixer with a whisk attachment, whisk the aquafaba on high.
Add the cream of tartar when the aquafaba starts to get frothy.
Once the aquafaba reaches soft peaks, add the vanilla and almond extract.
When the meringue reaches stiff peaks, continue whisking on high, and slowly add the sugar, one teaspoon at a time, until stiff glossy peaks form and all the sugar is incorporated.
If you are using food coloring, add it to the meringue while you are adding the sugar.
Remove the bowl from the stand mixer, and sift the almond flour/icing sugar onto the meringue.
Using a rubber spatula, fold the ingredients together until combined, so no dry lumps remain, and the mixture becomes reminiscent of thick pancake batter. The ideal batter consistency will hold its overall shape when you pipe it onto the baking sheet (you don’t want one big pool of batter on your baking sheet), but flow into itself to create smooth uniform cookies without peaks.
Using a piping bag, pipe the meringue into 2” circles, equally spaced out on a silicone lined baking sheet.
Bake at 235’ for 30 minutes. Once the macarons are done baking, leave them in the oven with the oven door closed for 2 hours, or until completely cooled.
While the cookies cool, prepare the buttercream icing:
With a hand mixer, whip together the Miyokos Vegan Butter, Cashew Milk, Vanilla, Icing Sugar, Cinnamon, and Nutmeg.
Use a piping bag to pipe the frosting onto half of the cookies, then sandwich them together with the remaining cookies.
Store in an airtight container in the refrigerator. Enjoy!
Love this recipe? Be sure to subscribe to receive updates and more delicious recipes from The Home Baked Vegan. 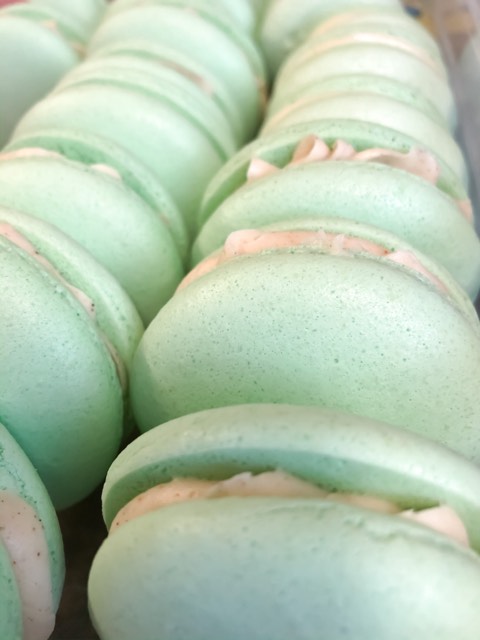 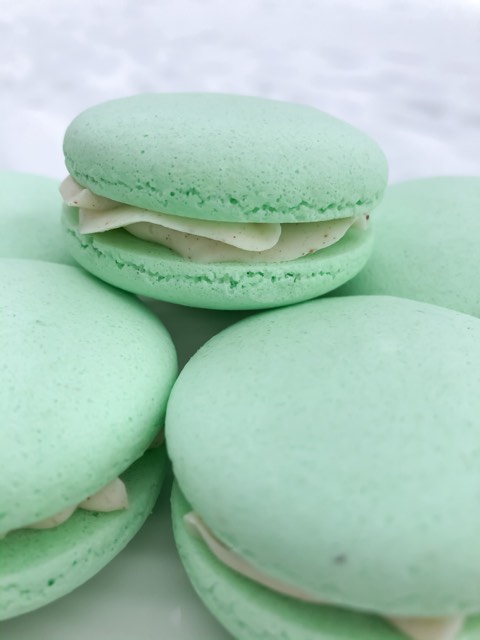