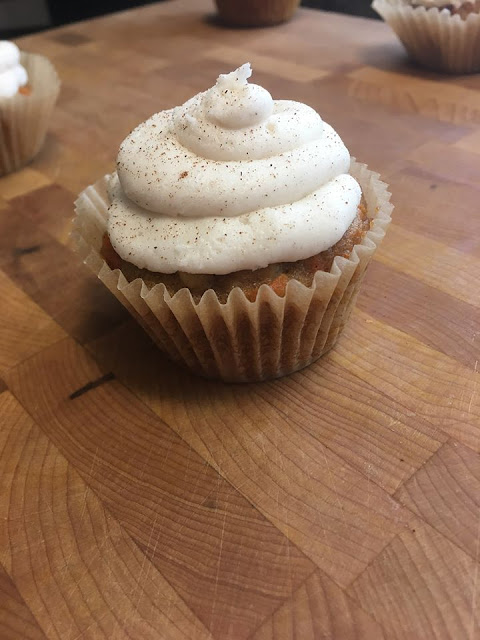 Carrot Cake is a timeless cake favorite for everybody to enjoy, and this vegan carrot cake is so tasty and moist, everybody is sure to love it. The Cinnamon Maple Frosting is sweet with a hint of cinnamon spice.

The Home Baked Vegan’s Carrot Cake with Cinnamon Maple Frosting is:
Vegan (as always, this means that this recipe does not use any animal products).
Moist
Delicious
Sweet
Rich 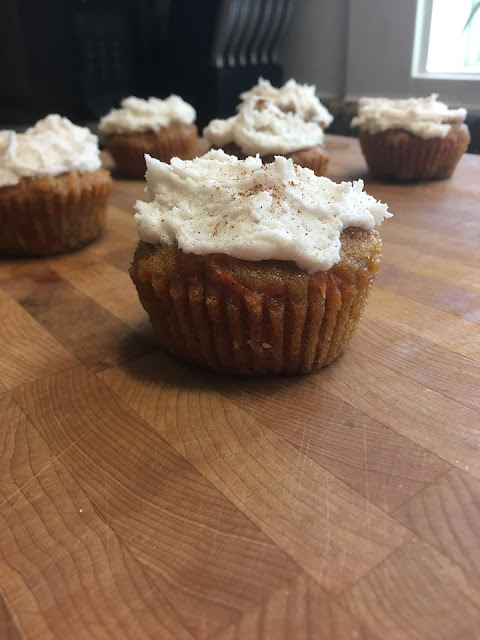 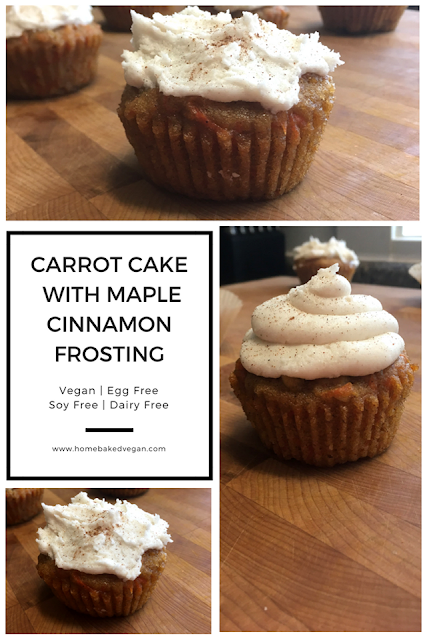 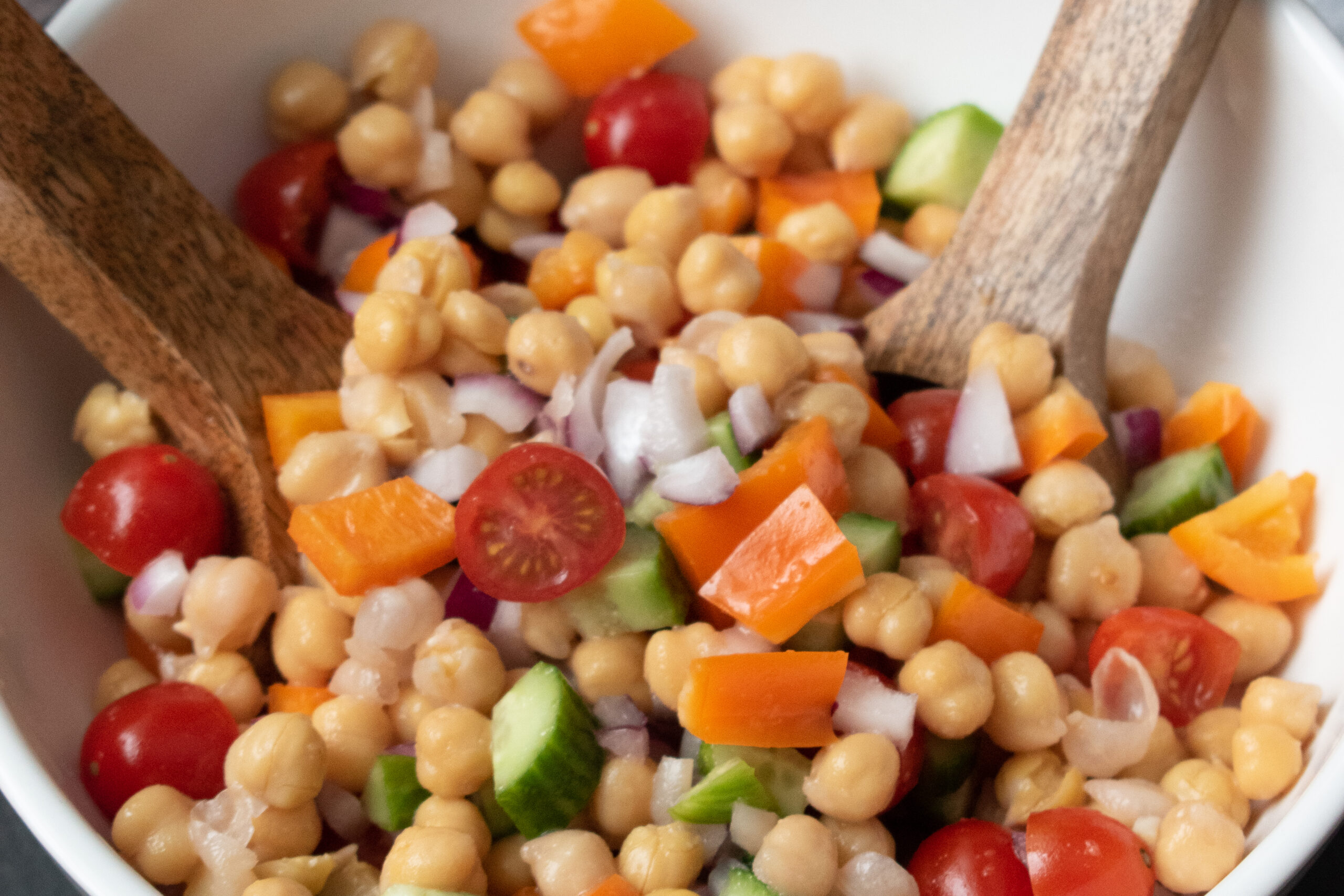 In a large bowl, mix together the brown sugar, sugar, apple sauce, and canola oil.

In a separate large bowl, sift together the flour, salt, baking powder, cinnamon, and nutmeg.

Stir in the walnuts.

Pour batter into lined muffin tins. *This recipe makes 24 standard sized muffins, or 2, 9″ round cakes (Adjust the time to bake longer for cakes).

Bake for 23-25 minutes, or until tops are golden brown, and a skewer poked into the center of a muffin comes out clean.

While cupcakes are cooling, prepare the frosting:

In a large bowl, whip together the shortening, cashew milk, and powdered sugar, until smooth.

Add the maple syrup and cinnamon and continue mixing until thoroughly combined. 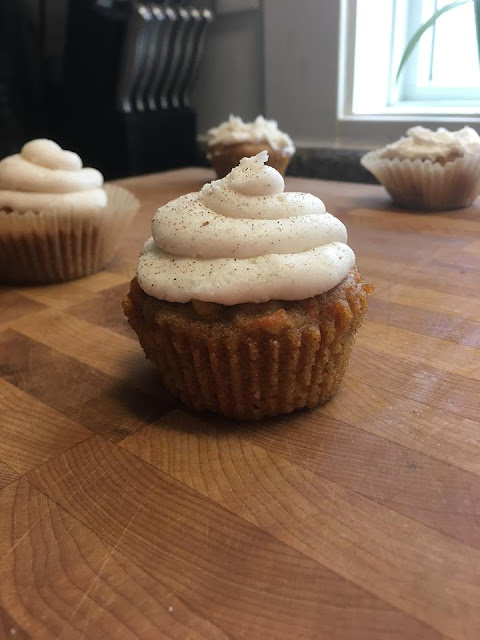 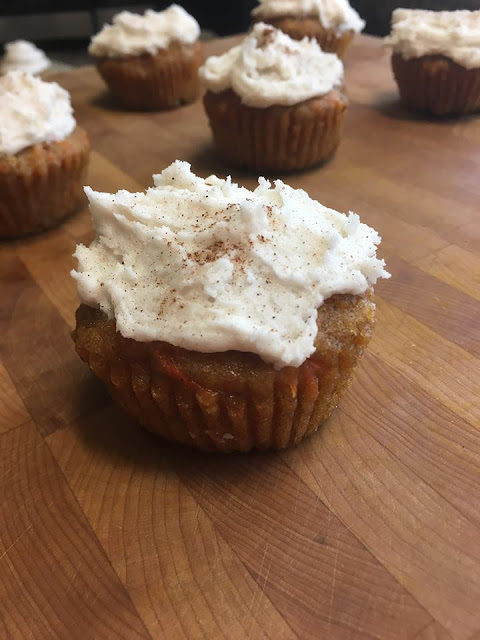