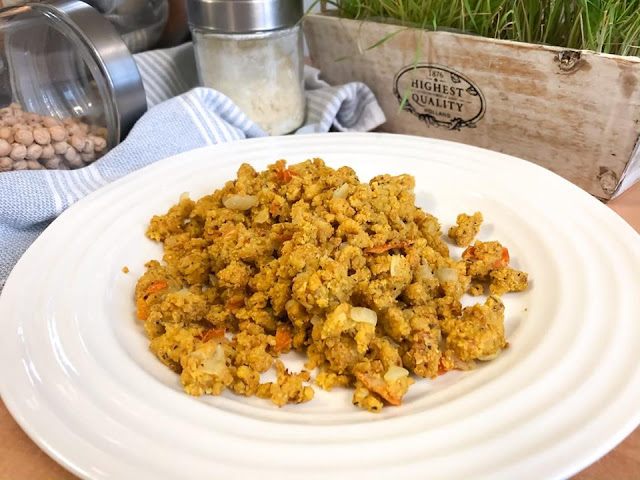 I had a recipe epiphany the other day, and the thought process went something like this: store bought vegan egg alternatives are often made with mung beans; aquafaba from chickpeas is a great egg-white alternative; chickpeas are also called garbanzo beans; scramble egg = beans, egg white = bean water, I wonder if chickpeas would work as a good scrambled egg alternative too!  I apologize if that was hard to read, but I had to share the thought process that got me to this recipe, because I am so excited that I put this together and can make breakfast scramble with just a few simple ingredients I keep in the pantry! 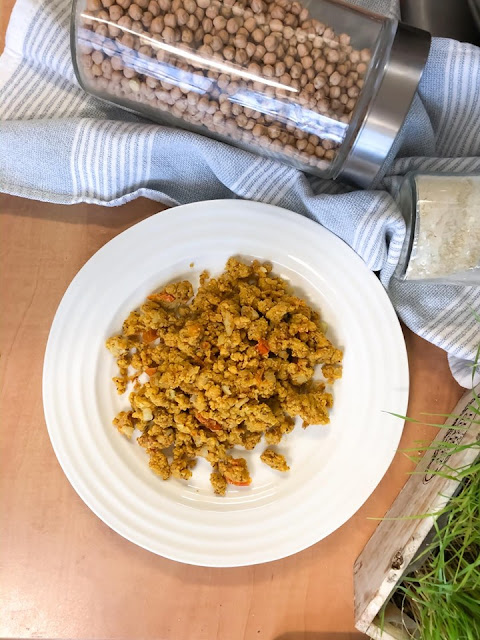 The Home Baked Vegan’s recipe for Chickpea Breakfast Scramble is made with chickpea flour – not canned or cooked chickpeas – if you can’t find chickpea flour, you can make it by blending dried chickpeas in a high powered blender or food processor. You may look at this recipe and think that’s an awful long time to be cooking “scrambled eggs” and I think it is worth noting that I cooked the scramble for this long for a couple reasons: first, to get the right texture – if you don’t cook it long enough, it will be mushy and more like a puree; the second reason I cook it for so long is to ensure the chickpea flour is cooked through, which also helps reduce the strong chickpea flour flavour (uncooked chickpea flour has a slightly off-putting taste).

The Home Baked Vegan’s recipe for Chickpea Breakfast Scramble is:

Here is the Recipe for The Home Baked Vegan’s Chickpea Breakfast Scramble: 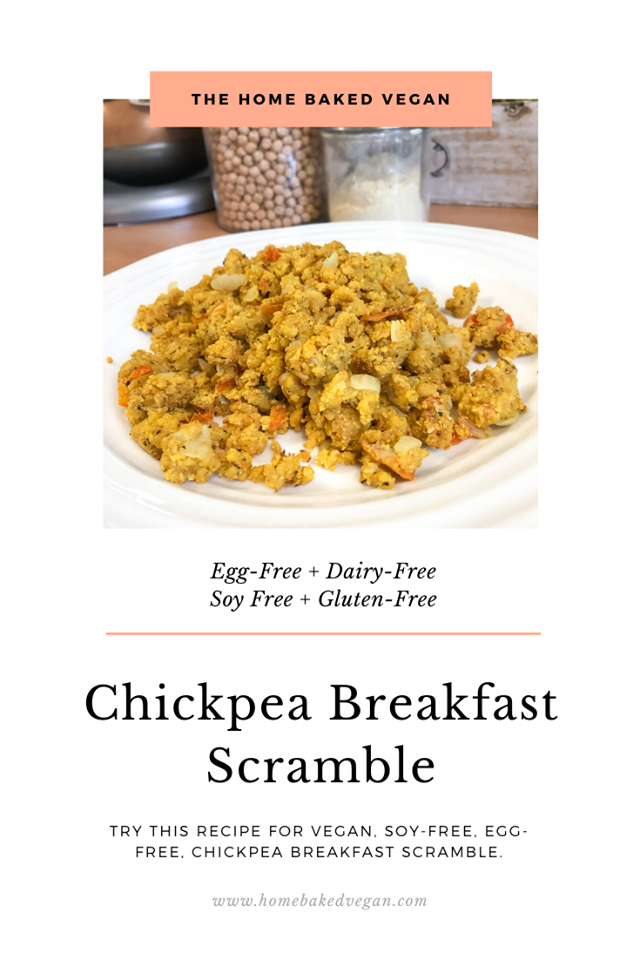 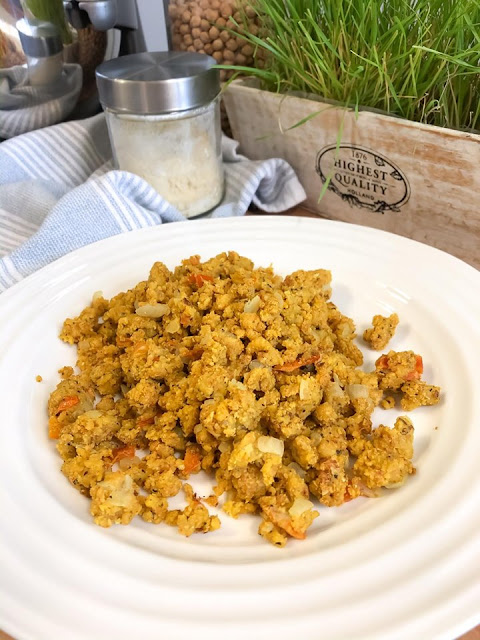