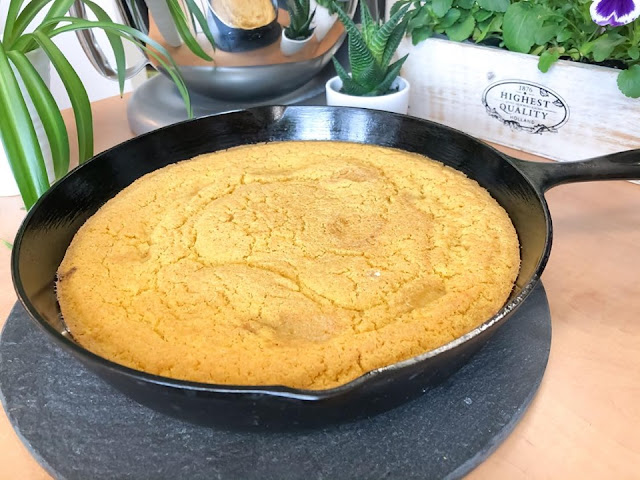 I have baked cornbread a few times, but typically I make it with wheat flour to add a fluffier texture. I baked this batch of cornbread without wheat flour this time around, with cornmeal as the only grain, and it was moist and delicious. This southern style cornbread is baked in a cast iron skillet at high heat, in order to create a crisp edge. With just a couple simple instructions, this cornbread is easy to whip up and bakes in under 30 minutes. 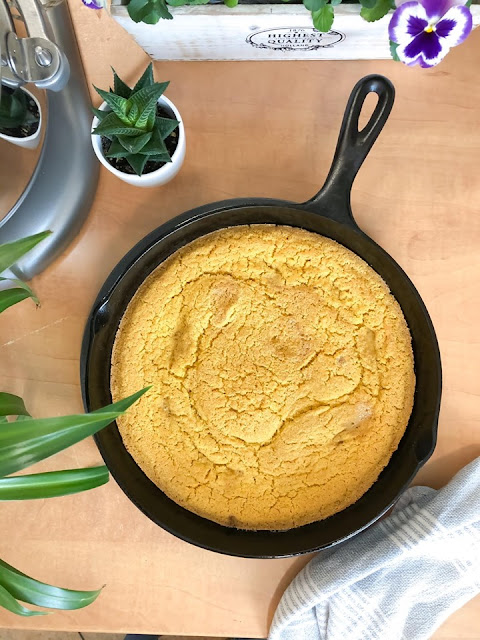 Here is the recipe for The Home Baked Vegan’s Gluten Free Corn Bread: 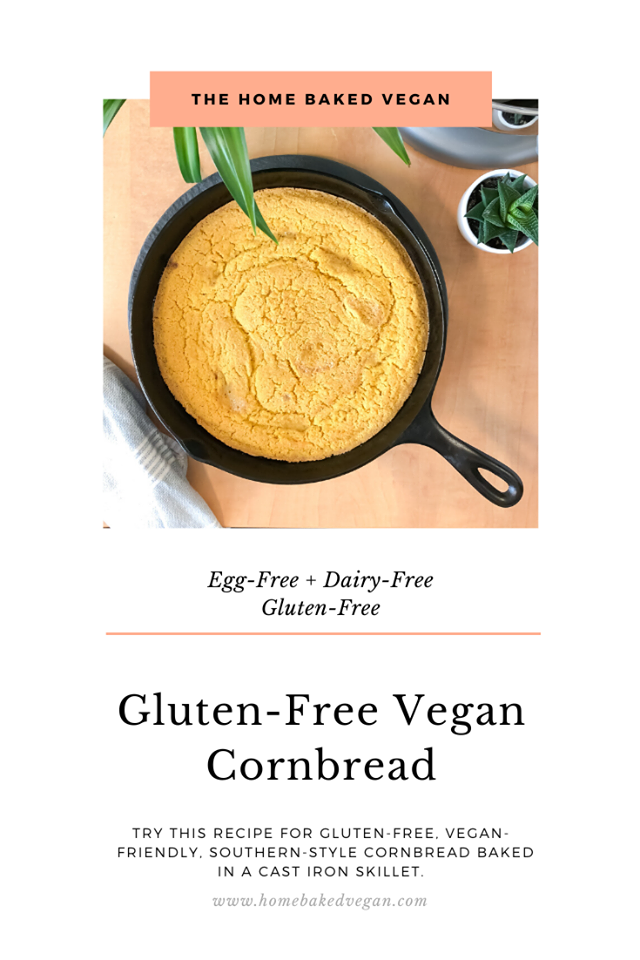 Ingredients:
1 3/4 Cup Cornmeal
1 Tbsp Sugar
1 tsp Baking Soda
1 tsp Baking Powder
1/2 tsp Salt
1 3/4 Cup Soy Milk
2 tsp Apple Cider Vinegar
1/4 Cup Vegan Butter, melted
1/2 Cup Aquafaba, the liquid from canned chickpeas
Method:
Preheat the oven to 450’F
In a medium bowl, stir together with a fork: the cornmeal, sugar, baking soda, baking powder and salt. Set aside.
In a separate bowl or cup, stir the apple cider vinegar into the soy milk and let sit for 5 minutes.
In a medium bowl, whisk the aquafaba with a wire whisk or electric mixer, until frothy and just before it reaches soft peaks.
Stir the butter into the aquafaba and add the soy milk.
Stir the dry ingredients into the wet ingredients until no dry lumps remain.
Pour the batter into a greased cast iron skillet, and bake for 25 – 30 minutes.
Let cool and enjoy! 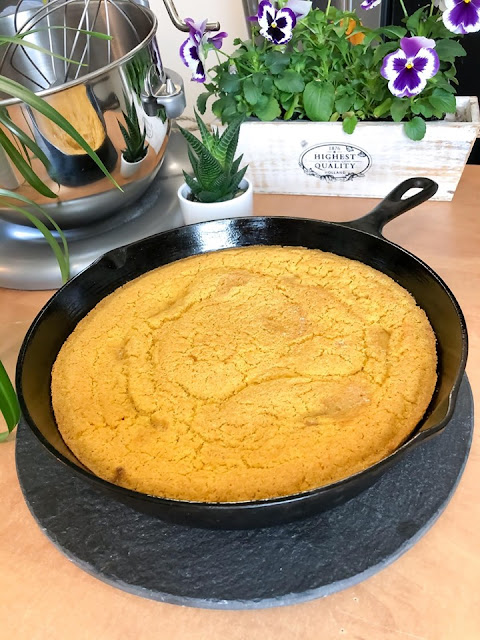